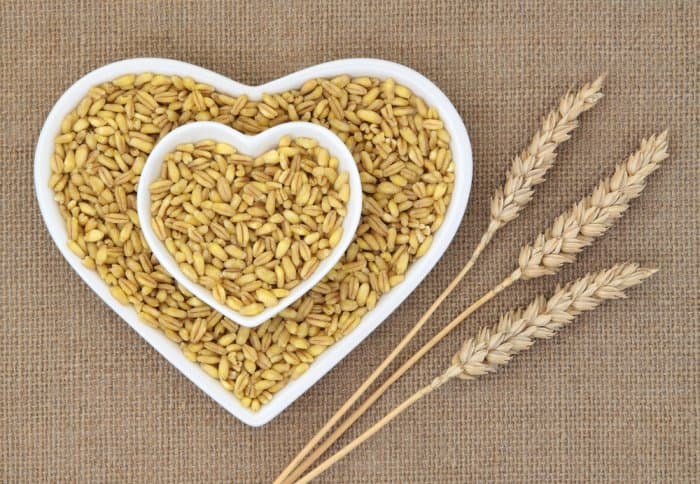 Whole grain consumption is associated with reduced risk for all-cause mortality, death from CVD and death from cancer, according to study data published in Circulation.

“Based on the solid evidence from this meta-analysis … health care providers should unanimously recommend whole grain consumption to the general population as well as to patients with certain diseases to help achieve better health and, perhaps, reduce death,” Qi Sun, MD, ScD, assistant professor at Harvard T.H. Chan School of Public Health, said in a press release.

Researchers analyzed 12 studies published through February 2016 that reported association between whole grain intake and mortality rates due to all causes, from CVD and due to cancer, as well as unpublished results from the National Health and Nutrition Examination Survey III ((1988-1994)) and NHANES 1999-2004.

Dietary fiber, which may improve blood cholesterol levels and reduce the risk for CVD, stroke, obesity and type 2 diabetes, is present in whole grains such as whole wheat, oats and brown rice, according to the researchers.

“These findings lend further support to the U.S. government’s current Dietary Guidelines for Americans, which suggest higher consumption of whole grains to facilitate disease prevention,” Sun said in the release. – by James Clark

This comprehensive meta-analysis shows a clear association between increased whole-grain food consumption and a reduction in total, CV and cancer mortality. The benefit from whole-grain foods increases with greater consumption. The study strongly supports the current recommendation to eat at least three servings of whole-grain foods daily, which few Americans follow. Average whole-grain consumption is currently less than one serving per day.There is considerable confusion regarding carbohydrate consumption because the category includes a wide spectrum, from simple sugars to refined grains to whole grains. Whereas sugars and refined grains are unhealthful, whole grains are beneficial. To add to the confusion, a growing awareness of conditions like celiac disease, where grains can be harmful, may cause some to shy away from grains unnecessarily.

As is taught in the Pritikin Lifestyle Program at the Pritikin Longevity Center, Miami, whole-grain foods have whole wheat or other whole grains as their first ingredient and contain at least 3 g of fiber per serving. Multigrain, enriched and refined designations are not the same as whole grain.

Americans need to read food labels more and identify healthful vs. unhealthy carbohydrates. Whereas total dietary carbohydrates have been shown to affect neither weight nor health, specific types of carbohydrates can affect health, even to the point of mortality. The results of this study are consistent with other data that show the importance of both exercise and nutrition in overall health.

This focus on whole grains and overall nutrition is also important in secondary prevention. Patients who experience an adverse cardiac event like an MI are often referred by their physicians to cardiac rehabilitation programs, where they typically participate in up to 36 sessions focused primarily on exercise. Intensive cardiac rehabilitation programs focus not only on exercise but also teaching patients the importance of proper nutrition (including whole grains) and a healthy mindset in preventing future adverse events.

Although impressive in scope, this study has the basic limitation of all observational cohort studies in that it does not prove that whole-grain foods reduce total CV and cancer mortality, which can only be achieved through a prospective randomized trial. Whole-grain foods have been included as part of successful whole-diet trials such as the Lyon Diet Heart Study. In this and other whole-diet trials, other healthful food categories were included. Food categories that were truly beneficial in such trials cannot be easily determined. Diet trials also inherently suffer from food-substitution issues. Unlike pharmacological studies, diet trials cannot be done against placebos. If whole-grain intake is increased, some foods must be reduced. Whole-grain food consumption may displace saturated fat or sugar-rich foods, both of which are detrimental to health.

Lastly, this study cannot answer the question about what is good about whole-grain foods. Is it the slower absorption of sugars, the effects of fiber or the micronutrients?

What is needed is a prospective randomized trial testing whether increased whole-grain consumption reduces health risk. Certainly, such a trial could not be done in a blind fashion since subjects would be aware of their diet. Research is also needed to identify the specific benefits of whole grains. Several possibilities exist.